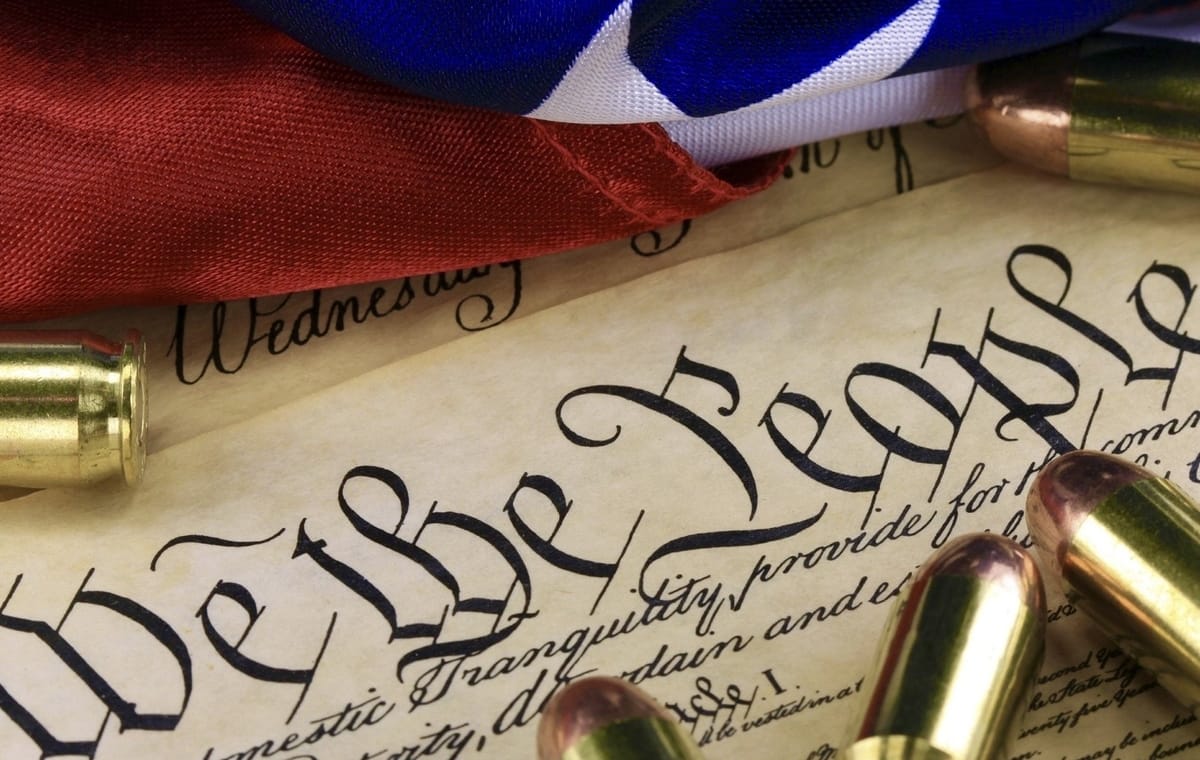 With a unanimous verdict, Leverson Budke Criminal Defense, won a MN Supreme Court 2nd Amendment case in unconventional fashion by implementing a scarcely used order called a Writ of Mandamus. The Writ of Mandamus is not commonly used because it is considered to be an “extraordinary remedy”. The US Attorney’s office says it should only be used in times of “peculiar emergency” or “exceptional circumstance” and of great “public importance”. Although a Writ of Mandamus bears the heavy burden to demonstrate its necessity, Leverson Budke confidently used this innovative strategy to successfully reverse a Minnesota Court of Appeals decision that denied Benjamin Tapia a permit to carry a handgun in the state of Minnesota.

MN Supreme Court Only Rules on 1-2% of Cases

Appealing a Supreme Court 2nd Amendment case can seem like a hopeless, uphill battle. In fact the Minnesota Supreme Court only agrees to review 1-2% of the petitions brought before them each year, which equates to around 7-15 cases that make it to their desks annually. Once the Supreme Court agrees to review a case, preparing an argument for a high profile case can be daunting. Gathering the facts, the mountains of paperwork, cutting through red tape, endless phone calls and enduring many late nights is an exhausting undertaking. 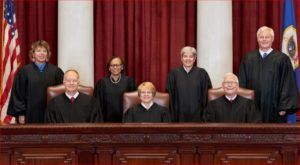 All that hard work and dedication finally paid off in Benjamin Tapia’s MN supreme court 2nd amendment case vs. the Dakota County Sheriff. At 10:00am on Wednesday October 21st 2020, the Minnesota Supreme Court announced that they had ruled in Mr. Tapia’s favor to restore his 2nd amendment gun rights to keep and bear arms. Leverson Budke’s perseverance, determination, and tenacity were proven a worthy cause when chief justice Lorie Skjerven Gildea reversed the decision of the Minnesota court of appeals, and granted Mr. Tapia’s petition to restore his gun rights that were unfairly denied. Implementing the Writ of Mandamus the Dakota County Sheriff, was ordered to issue Benjamin Tapia a permit to carry a firearm.

A Look Back at Benjamin Tapia’s Story

In 1988, Mr. Tapia was convicted of motor vehicle theft, a felony charge in the state of Minnesota. However it is important to note that the crime Mr. Tapia was charged with, was not a crime of violence. Admittedly Mr. Tapia did steal a vehicle and expressed remorse for his actions, but no one was injured throughout the process of the crime. Nevertheless, under Minnesota law at the time, an individual who was convicted of a “violent crime” was unable to possess a firearm for 10 years, and their 2nd Amendment rights were completely revoked.

This would mean Mr. Tapia could not own a firearm until 1998. The catch 22 here is that Tapia did not commit a crime of violence, therefore he should not have been forced to forfeit his 2nd amendment rights to keep and bear arms laid out in the United States Constitution. It is clear that Benjamin Tapia’s 2nd Amendment rights were infringed upon considering his theft was non-violent. Without apparent violence involved, the ruling would seem completely incorrect.

Would You Like to Speak With a Lawyer About Restoring Your Gun Rights?

Lawmakers Amend List of Violent Crimes to Include Tapia’s Crime

Fifteen years later, in 2003, Minnesota lawmakers amended their previous statute, now stating that individuals convicted of a violent crime were subjected to a lifetime ban on firearms. Additionally, the law was backdated to previous cases, including the crime Benjamin Tapia was convicted of. Now, instead of waiting for a ten year period, it appeared Tapia would never be able to purchase a firearm in his natural life.

In a twist of fate in 2014, the Minnesota legislative branch decided to revise the statute again one last time, and removed motor vehicle theft from the list of “violent crimes”. Unfortunately for Mr. Tapia, the amendment only applied to crimes committed after August 1st of that year, so he was still bound to his lifetime ban from owning a firearm. The inconsistencies presented in Benjamin Tapia’s particular situation were baffling.

If Tapia committed the same crime on August 2nd, 2014, he would be able to purchase a firearm, but because he committed this crime 15 years prior he was subject to a lifetime revocation of his 2nd Amendment rights.  Although the inconsistencies may seem glaringly obvious to most people, a simple petition to restore Mr. Tapias’ gun rights could still be lawfully rejected by the Dakota County Sheriff.

A “Writ of Mandamus” was the Only Option

For that reason Leverson Budke viewed a Writ of Mandamus a necessary measure and fell under the category of “Exceptional Circumstance” in this Supreme Court 2nd amendment case. This would remove one persons opinion from the equation, because the amended list of “crimes of violence” did not include the crime Mr. Tapia was convicted of. In that case Mr. Tapia should have been granted his 2nd amendment rights in 2014 when the MN legislature made its most recent amendment, because his 2nd amendment rights would not have been forfeited in the first place.

A Look Back: MN Court of Appeals Decision to Deny Mr. Tapia His Gun Rights

Leverson Budke decided to take this 2nd amendment case to the Minnesota Court of Appeals. All appellate courts consist of three judges and commonly hear an appeal from trial courts and other tribunals. There are a total of 13 appellate courts on the federal level, with each state having their own individual courts.

Mr. Tapia’s first appeal was unsuccessful, with only one judge ruling in his favor. According to the majority opinion, Tapia had admitted to committing a crime of violence, therefore, he was subject to the lifetime ban instituted in 1998. Although this was technically correct, Leverson Bukde believed the 2014 amendment should exclude Tapia from this lawful obligation. The two justices did not agree, suggesting that the date provided in the amendment was clearly stated and no motor vehicle thefts committed prior to August 1st, 2014 were not included in the statute. Additionally, they found no evidence that the legislature intended for the law to be applied retroactively.

Adding to the confusion the majority opinion misinterpreted State v. Schulter, a Minnesota Supreme Court 2nd Amendment case which had a similar storyline. In 1986, Schulter was convicted of a felony due to possession of a controlled substance. At the time of his arrest and trial, his felony was not considered a crime of violence. However, in 2000, the Minnesota legislature amended the law, making drug possession a violent crime. When Schulter was later found possessing a firearm, he was charged as violating the law. Schulter subsequently argued that the law did not apply to his MN supreme court 2nd amendment case, 14 years prior. Simply put, the legislature could not change the nature of his particular crime after it was committed.

While many believed State v. Schulter was the leverage Tapia needed, the majority did not regard it as applicable to his supreme court 2nd amendment case. Although Tapia lost his case with the Minnesota appellate court, the dedicated team at Leverson Budke was bound and determined to continue the fight and take Mr. Tapia’s dispute all the way to the Minnesota Supreme Court.

In presenting Mr. Tapia’s Minnesota Supreme Court 2nd amendment case, Leverson Budke knew they had to make a compelling argument. The first truth they would present to the high court was the clear fact that Tapia did not commit a crime of violence. Therefore, he shouldn’t be held to the same standards of individuals who did. That means he should have been able to possess a firearm, even after his arrest in 1994.

Secondly, they reviewed what is called the “canons of statutory construction”. In layman’s terms, this means how a person should interpret a certain statute of law. A rule that is familiar to lawyers is that if there is more than one interpretation to a law it can be considered ambiguous.

When paging through the 2014 amendment, they concluded that there were two separate interpretations. The word “crimes” could refer to crimes of violence, but could also refer to crimes committed while possessing a firearm? With this in mind, they believed the 2014 law proved to be ambiguous, and therefore, Mr. Tapia should be granted his 2nd Amendment firearm rights.  Ultimately, Leverson Budke was hoping the Minnesota Supreme Court would see their point of view: that Tapia’s crime did not disqualify him from possessing a firearm.

Although Mr. Tapia had lost his appeal to the Minnesota appellate court, Leverson Budke was confident they had enough evidence to support their claims. Fortunately, the MN Supreme Court agreed with Leverson Budke’s assertions. Mr. Tapias’ victory only solidifies Leverson Budke’s efforts to work hard on behalf of their clients, regardless of how old or new a case may be.

If you’ve been charged with domestic assault, let Leverson Budke present your best defense. Call us today at (651) 829-3572 or click below to schedule a consultation.

As you can imagine, there are many laws set in place in regards to owning or possessing a firearm. What can make it even trickier is if an individual has been convicted of a crime. Your Second Amendment gun rights could change based on a crime you’ve been convicted of. Going into court alone to try and restore your gun rights is not a wise choice. Even if you think you have a rock solid case, the lawyers and judges opposing you in your hearing are far more educated and crafty. It is smart to have the proper representation on your side during these proceedings.  Let Leverson Budke present your best defense.

There are many laws regarding the 2nd amendment. If you’ve been convicted of a petty misdemeanor, your gun rights will remain intact and available to you. However, with larger scale crimes, the circumstances may be very different. Domestic violence crimes and felonies are the two most common categories that see gun rights revocations, but even within these classifications, and may need to elevated to a supreme court 2nd amendment case.

What’s important is that you have an experienced knowledgeable attorney who is well-versed in Second Amendment laws with a record of success in past MN Supreme Court 2nd amendment case. The criminal defense attorneys at Leverson Budke commonly counsel individuals regarding this matter and are proud to boast many victories in courts spanning the state of Minnesota. There are many paths to restitution. If your Second Amendment rights are currently revoked, let us help you find a clear way forward. Call us 651-829-3572.