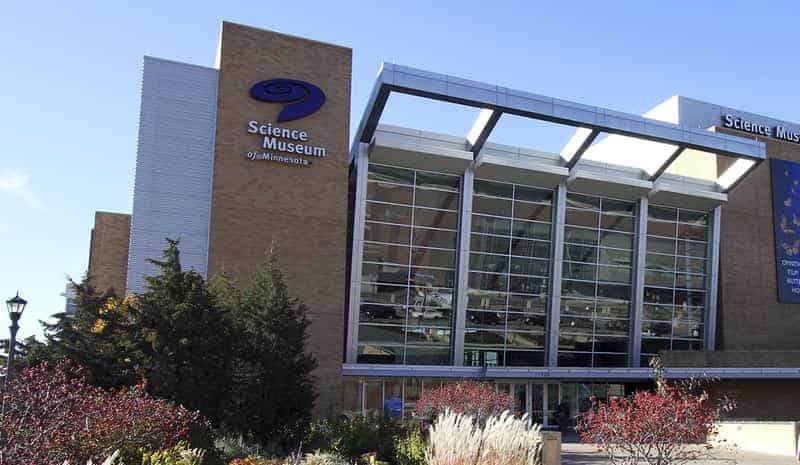 Are you ready to dream big?

Then come on out to the Science Museum of Minnesota in St. Paul.  Dream Big: Engineering Our World is currently showing at the Omnitheater.  The Omnitheater has a giant screen that will take your breath away, and the film is larger than life and will not disappoint.  Dream Big takes you on a virtual journey around the world displaying the great landscape, science, and engineering genius from all four corners of the globe.  The film showcases underwater robots and solar cars among other things.

At the heart of the film showing at the Science Museum in St. Paul, MN you’ll find four engineers who are using their craft to tackle the world’s problems.  You’ll learn how they were able to use STEM (Science, Technology, Engineering and Mathematics (STEM), previously Science, Math, Engineering, and Technology (SMET), is a term used to group together these academic disciplines. This term is typically used when addressing education policy and curriculum choices in schools to improve competitiveness in science and technology development.  It has implications for workforce development, national security concerns and immigration policy) to make better lives for themselves and how they did so with the odds stacked against them and how they are now are paying that forward to the rest to the world.

Dream Big will alter the way you perceive engineering and show you how the passion and creative minds of engineers are striving to make a more sustainable and sensible world for everybody.

The Minnesota Science Museum of St, Paul has several other goings-on over the course of the year.  Including engineering-focused summer camps like Earth Defenders, Metropolis Makers, and Excellence Engineering.

There is also Mystery Camp, Wonka Week, and Blow It Up!

At Mystery Camp, you’ll play forensic scientist helping to solve a criminal case using experiments, logic, and ingenuity.  The camp runs from June 11 to June 15. Camp enrollment is $349 for members of the St. Paul Science Museum and $367 for non-members

At Wonka Week you’ll learn to make the most delicious and wondrous candies in the world, just like Willy Wonka.  You’ll be transported from St. Paul, Minnesota to a magical chocolate factory in the blink of an eye. The camp runs from June 11 to June 15.  Enrollment costs $367 for non-members and $349 for St. Paul Science Museum members.

Are you ready to make things explode?  Then this is your cup of tea. At the Blow It Up! Camp you’ll learn how to work with dry ice, shooting rockets, and exploding baggies.  The camp runs at the Science Museum of St. Paul from June 11 to June 15 and enrollment fees are $118 for non-member and $179 for members.

So, come spring and summer bring the kids out, and yourself for that matter to the Science Museum of St, Paul Minnesota for some hair-raising education.