The Fitzgerald Theater in St. Paul 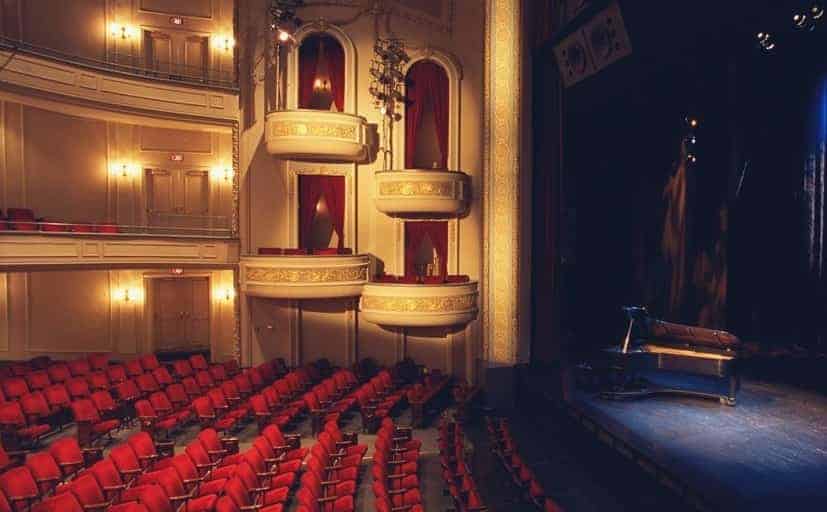 Tips to get the best experience at the Fitzgerald Theater

The first thing you should do to get the most out of the Fitzgerald Theater while being a St. Paul resident is to join The Gatsby Newsletter.  The Gatsby offers you discounts while keeping you informed about dining spots and events at and around the theater in St. Paul, MN.

Classical MPR presents the Beer Choir which invites you to sing, drink, talk, and sing some more.  With special guest Mary Mack who plays Dylan on the Fox cartoon show Golan the Insatiable. Beer Choir takes place on April 21st at 6 p.m.

Climate Cast Live at the MPR Forum April 26th-SOLD OUT

An Evening with Invisibilia’s Lulu Miller

Peabody-Award winning journalist Lulu Miller hosts a variety show showcasing fiction, non-fiction, and musical performances in the Fitzgerald Theater Located in St. Paul Minnesota.  The show which happens on May 4th at 8 p.m. is helping to kick off mental health awareness month. Ms. Miller will be shedding light on emotional pain and offering advice on how to bring light to darkness.  Also, keep an eye out for Miller’s upcoming Simon and Schuster publishing of Why Fish Don’t Exist.

On May 5th at 8 p.m. come on out to St. Paul’s Fitzgerald Theater to hear the Outlaw songs from Romantica.  These 10 previously unreleased singles are beloved songs from the band and their fans which for one reason or another were never officially released on an album, until now.  The evening will also feature special guest Ryan Adams. The night is presented by the Current.

The Thread Live with Arundhati Roy

Man Booker Award-winning author Arundhati Roy joins host Kerri Miller for a discussion of her upcoming book The Ministry of Utmost Happiness.  Arundhati Roy is an author of Indian descent who is best known for her book The God of Small Things which became the highest selling book written by a non-expatriate author of Indian heritage.  The discussion takes place at 7 p.m. on May 9th.

Come on out to the Fitzgerald Theater in wonderful St. Paul, Minnesota to experience the Rickey Smiley Comedy show.  Smiley and his friends will be performing in St. Paul on May 25th at 7 p.m. Smiley is the winner of the 2017 “Marconi Radio Award” which represents the Network/Syndicated Personality of the Year.  He won the award for being the host of the Rickey Smiley Morning Show. Smiley is also the Founder and Chair of the Rickey Smiley Foundation and the CEO of Breakwind Entertainment.

The Fitzgerald Theater is a great part of St. Paul, MN and these are some great tips to get the best of the theater-going experience for those living in or visiting St. Paul.

***BONUS*** If you’re looking for times to worship or times to visit the Cathedral of St. Paul for a selfie with this icon architectural landmark in the background check out this blog post.