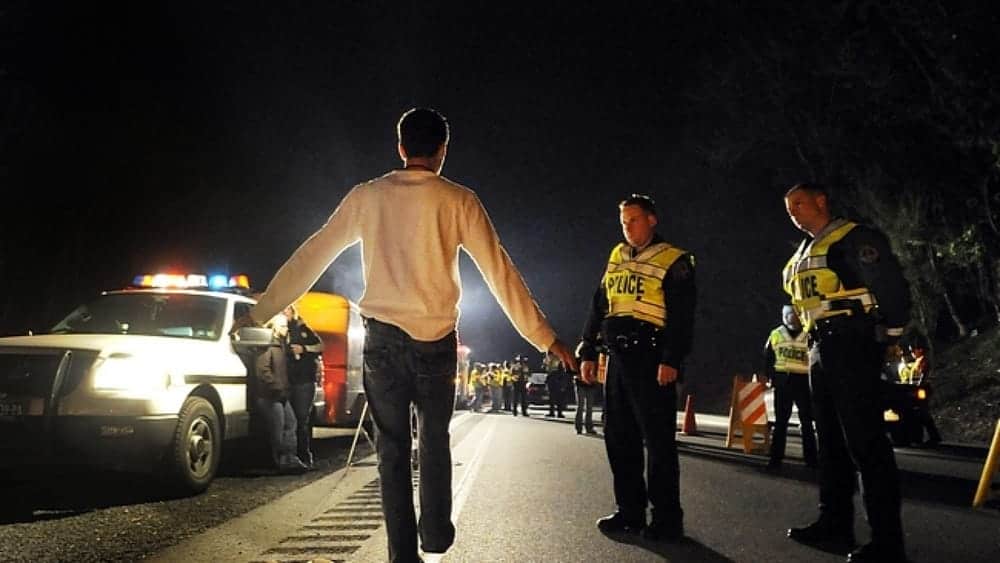 If you’ve been pulled over by a Minnesota police officer, and that officer had reason to believe you were under the influence of drugs or alcohol, you were likely put through a series of embarrassing standardized field sobriety tests on the side of the road. This process isn’t a secret. In fact, most people have either seen it on television or driven past someone being subjected to these tests. Stand on one foot; walk a straight line, follow my finger; recite the alphabet; or count down from one hundred. We’ve all heard these things being said, but what exactly are officers looking for?

In Minnesota, there are three field sobriety tests that officers regularly use before they ask a driver for a preliminary breath test. Those field sobriety tests are the Horizontal Gaze Nystagmus, the Walk and Turn, and the One Leg Stand.These tests were developed over forty years ago and have been instrumental in assisting officers through the investigative process of a Minnesota DWI stop. The evidence gathered during these Minnesota field sobriety tests can not only be used as evidence against you in your DWI case, but they will also serve as a basis to further an investigation that may end in your arrest. For that reason, it’s important to understand what officers are looking for, what can impact the results, and how you might be able to challenge different aspects of the the tests and the results. In order to do that, you must understand the basics.

Call for a FREE Consultation

Most people are aware of this field sobriety test, but few are aware of the actual name. This test involves following an officer’s finger as she moves it in front of your eyes. Officers are trained to identify nystagmus in your eyes as you follow their finger. “Nystagmus” is the rapid involuntary movement in a person’s eyes. In addition, officers are looking to see if your eyes are tracking their finger equally and in a smooth manner. Although Minnesota courts have determined that HGN tests are sufficiently scientifically reliable, they still require some degree of proof that the officer administered the test correctly.

The officer should begin by explaining the test entirely to the driver. Then the officer will hold her finger (or other stimulus) between 12 and 15 inches from the driver’s nose and slightly above eye-level to force the driver’s eyes to open wider. The actual test consists of at least 14 passes and should take at least 82 seconds to properly administer.

COMMON MISTAKES: Officers often complete this test entirely too quickly. The passes should be done in a slow, methodical way. However, we often watch squad videos that show an officer hastily waving their finger in front of the driver in a manner that can actually trigger nystagmus. Other mistakes include moving too slowly, not completing enough passes, curving the stimulus, and holding the stimulus too close or far away.

Another common field sobriety test is the Walk and Turn. Here, the officer will instruct the driver to take a certain amount of steps, stop, pivot on one foot, and return in the opposite direction. The officer will begin by explaining those exact steps and will note whether you were paying attention and able to understand the directions.

COMMON MISTAKES: This test lacks the same level of scientific reliability found in the HGN. Instead, officers are trained to search for subjective clues of impairment. In addition, officers can influence the results of the test by explaining the test in a way the driver doesn’t fully understand. The test relies on the driver fully comprehending the officer’s instructions. However, for the vast majority of DWI suspects, this process is one in which the driver has no prior experience. The experience is intense, embarrassing, and beyond stressful. That is a recipe for confusion. Other mistakes include not taking into account injuries or other impairments that might prevent the driver from properly performing the test, and the officer’s own preconceived biases.

The One Leg Stand test is exactly what it sounds like. During this test, the driver is instructed to hold one foot, with toes pointed forward, about six inches off the ground for thirty seconds. The driver’s arms are to remain at his side, and he will be instructed to look down at his feet.

COMMON MISTAKES: The mistakes officers make here are not necessarily their own fault. Instead, the test itself is designed for failure. Although the test is simple enough to comprehend, it is difficult to complete successfully even for a sober person. For the results of the test to be indicative of intoxication, it must presuppose that a sober person would easily be able to complete it. That just isn’t reality. Additionally, the test can be flawed for failing to take into account injuries or impairments, road conditions, the slope of the road, the amount of distractions present, the driver’s age, and the driver’s weight.

All of these tests are subject to human error. That is to say that officers do not always conduct these tests correctly. A skilled Minnesota DWI lawyer will look through the police reports, watch the squad video, and listen to any audio provided by the state when determining whether you have a valid basis to challenge the field sobriety tests. If you’ve been charged with a DWI, contact the experienced Minnesota DWI attorneys at Leverson Budke, P.A. as soon as possible.

Let Us Present Your Best Defense