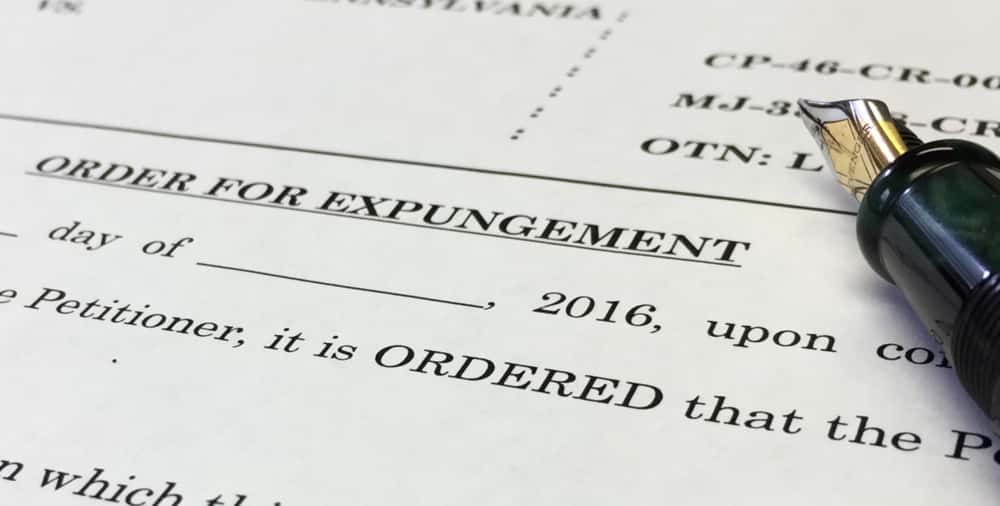 How Long Do I Have to Wait to Seek Expungement? We Finally Know the Answer!

The amount of time you have to wait before petitioning the court for a Minnesota expungement generally depends on how your case was initially resolved. If you entered a guilty plea at the time your case was resolved, then you must wait some amount of time before you can ask a judge to seal your criminal record. Minnesota Statutes Section 609A.02, subd. 3 lists the relevant Minnesota expungement waiting periods as follows:

(5) the petitioner was convicted of or received a stayed sentence for a felony violation of an offense listed in paragraph (b), and has not been convicted of a new crime for at least five years since discharge of the sentence for the crime.”

If the case was resolved in your favor, as a result of a continuance for dismissal, a acquittal, or prosecutor’s discretion, there is no MN expungement waiting period. You may wonder why you need a Minnesota expungement if the case was dismissed. For more on that, check out our blog post My charges were dismissed; why is it still showing up on my background check?.

Call for an Expungment
The language in this statute has been the subject of a lot of confusion. What does the “discharge of the sentence of the crime” mean? The short answer: it’s generally when you were discharged from probation. In Minnesota, most cases result in some form of probation. The date you’re discharged from probation is the date that triggers the MN expungement waiting period. For example, if you are convicted of a misdemeanor and placed on probation for one year, you must complete your one year of probation, remain crime free for two additional years, and then you can ask the court to seal your criminal record. This doesn’t change just because the judge sentences you to some amount of actual jail time. Using the above example, imagine the judge not only sentenced you to one year of probation, but also ordered you to serve ten days in jail, the discharge from probation is still the date that matter. Some people have mistakenly believed that they can file a petition two years from the date they completed their short amount of jail time. But that just isn’t the case if you are placed on probation.

So, where does that leave us? Well, since Minnesota’s Second Chance Law went into effect in 2015, attorneys and judges have questioned what the legislature meant by the requirement that the Petitioner not be “convicted of a new crime for at least [relevant MN expungement waiting period] since discharge of the sentence for the crime.” All cards on the table, the attorneys at Leverson Budke never found any confusion in that language.

But that particular phrasing has resulted in some unfortunate orders. Courts have struggled to determine whether an individual must remain crime free for the requisite amount of time immediately preceding the petition or for the requisite amount of time immediately following the discharge from probation. Imagine an individual who is convicted of a misdemeanor in 1999 and placed on probation until 2000. They are convicted of a new crime in 2001, but they don’t have any other criminal record after that. Can they expunge the 1999 conviction? After all, they were convicted of a new offense within the two years following the discharge from probation. But they’ve been law abiding for well over two years prior to filing their Minnesota expungement petition. Which interpretation is correct?

In May of 2017, the Minnesota Court of Appeals addressed this issue in State v. C.E.S. In that case, C.E.S. was seeking expungement of a 1998 gross misdemeanor offense. She was placed on probation until 2000. One month after being discharged from probation, she was charged with a new offense. Because this was within the four years immediately following her discharge from probation, the district court held that she was barred from seeking expungement of that file. The court of appeals unfortunately affirmed this decision. If you’ve made it this far, DON’T PANIC; THIS IS NOT THE CURRENT LAW.

This decision was unpublished. Unpublished opinions are persuasive, but they are not binding on future courts. That being said, unpublished cases are frequently relied upon by district courts and other courts of appeal. So this decision, troubling as it was, had to be revisited. And, thankfully, it was.

If you are in need of a Minnesota expungement, call us at (651) 829-3572 today or click below to schedule an appointment

In January of 2018, the Minnesota Court of Appeals issued a binding, published opinion in State v. C.W.N. In that case, the Bureau of Criminal Apprehension, filed an objection to an expungement request for a similar reason to the one found in State v. C.E.S. The court of appeals took more care with this decision and looked at the plain language of the statute. In reaching their decision, they applied a dictionary definition to the word “since.” Recognizing the word as an adverb, they held that the time period immediately preceding the filing date is what matters. In a moment of shining clarity, the court of appeals stated:

This makes it clear that even if you were charged with multiple crimes in a short period of time, you may seek expungement as long as you have been crime free for at least one to five years, depending on the sentence, in the time period immediately preceding the petition.

As you can see, the laws surrounding expungement aren’t so clear. After all, Minnesota courts spent over two years trying to figure out the relevant MN expungement waiting period. This should highlight the necessity of hiring an attorney when seeking expungement. When people call us, we always say the same thing:

You may have a compelling story. You may have no issue convincing the court that you are worthy of this extraordinary remedy. But that will all be for naught if no one can explain what authority the court has to rule in your favor. This point is made abundantly clear in the C.E.S. case we discussed earlier. C.E.S. did not have an attorney, but she had a compelling story. The court of appeals even said “[w]e commend C.E.S’s efforts to turn around her life and serve her community.” But she still lost.

A good Minnesota expungement lawyer is someone the court can trust. No judge can know everything about every area of law. That’s where lawyers come in. When the attorneys at Leverson Budke walk into the courtroom, judges know that the arguments about to be presented accurately reflect the current state of the law. We’ve even witnessed prosecutors making completely inaccurate statements in court. Fortunately, we were there to explain why they were incorrect. For example, we’ve had prosecutors object to a DWI expungement request because of a mistaken belief that DWIs are ineligible for expungement. That is not true and the arguement was specifically rejected by the Minnesota court of Appeals in State v. J.E.H. We’ve seen prosecutors argue against a domestic assault expungement request by saying that the statute doesn’t allow it. The statute they’re referring to however, clearly states that it expires on June 15, 2015. And we’ve seen people argue that the statute prohibits the court from sealing a conviction for indecent exposure. That is also not correct. The statute says that expungement is prohibited in offenses “for which registration is required.” Misdemeanor indecent exposure does not require registration, so that argument was a misstatement of the law as well.

Don’t let these issues consume your day in court. The focus should be on you. It should be about what you’ve done and how you’d benefit from this. A good expungement attorney should make the court feel confident in the law, so the focus can be on you.

In some situations, we may even be able to obtain an expungement without a hearing. Minnesota Statutes Section 609A.025 instructs courts to grant an expungement when the prosecutor agrees to it. For this reason, it’s important to hire an attorney who is not only well-versed in expungement law, but who also maintains excellent working relationships with attorneys for the state of Minnesota.

Expungement Burdens of Proof in MN

So, you’ve waited the required amount of time with Minnesota’s expungement waiting period, and you’ve made the decision to hire an attorney. The next thing everyone wants to know is whether there is a good chance they’ll be successful. We tell everyone the same thing; we don’t know. Any attorney who tells you that they know, with any certainty, how your case will turn out is both lying to you and acting highly unethical. Despite the new law, Minnesota courts have still described expungement as “an extraordinary remedy.” If you were convicted of the offense, you have the burden of proving that there is clear and convincing evidence that expungement will yield a benefit to you that is at least equal to the public’s interest in maintaining the record. Understand that the public has a substantial interest in maintaining full and complete records. That means your burden is high.

However, if your case was resolved in your favor, or if you completed the terms of a stay of adjudication or diversion program, then the state has the burden of proof. Before a court can deny you expungement request in those situations, it must find that the public’s interest in maintaining your records substantially outweighs any benefit you would yield by having the record sealed. It’s important to hire an attorney who knows to remind the court of this significant burden shift. After all, what interest does the state have in maintaining a dismissed charge? Compare that to the benefit of having a derogatory reference from your background check. That is a tough burden for the state to meet. Don’t let the state get away with putting the burden on you in those situations.