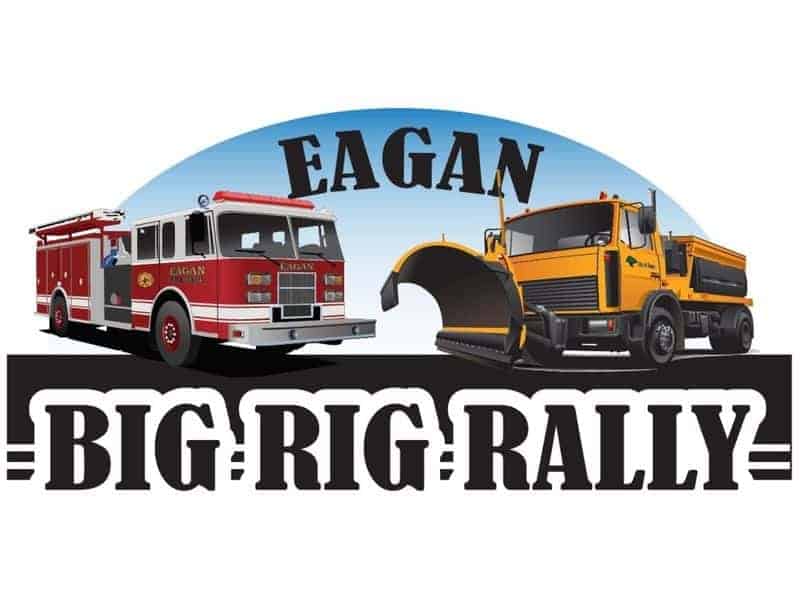 Big fun with trucks and mud in the rain or sun.

Are you ready for the Biggest summer event Eagan has to offer?  As President Donald Trump liked to say on his Reality Television joke of a show “It’s Huuuge”, and it’s back for another year of dirty, good old fashioned fun in the mud and sun.   This huge event is the Big Rig Rally right here in Eagan, Minnesota.

The Big Rig Rally will be taking place on June 7th this year from 4 p.m. to 7 p.m. at the Central Maintenance Facility which is located at 3501 Coachman Point, in Eagan.  This year there will be more trucks, more mud, and more fun, you can count on that.

This year will feature “behind the scenes” tours where you can get up close and personal with all the Big Rigs at the Big Rig Rally.  Climb up and sit behind the wheel of your favorite police squad cars, fire engines, mowers, plow trucks, and the “bigly” famous Garbage Truck in Eagan, Minnesota.

There will also be tons of activities to go around for the kids such as photo ops, face painting, and all kinds of refreshments and concession snacks.  There will also be a limited supply of giveaways, so come early and don’t miss out.

Don’t forget to dress to become a mess, because the event will go off rain or shine.  It’s also recommended to wear boots or tennis shoes, not sandals or flip-flops. Going barefoot is welcomed however it is strongly discouraged.

Last year the event brought in thousands of guests and everyone had a ball.  Whether you are interested in the gigantic plows, or old school fire trucks, you would have seen all you ever dreamed of last June at Eagan’s Fire Station Number One and the Central Maintenance Facility.

Now, let’s break down the huge vehicles on display.

Do you prefer the old Paddy Wagon or newer Chevy Camaro style squad cars?  Maybe you like the Dodge Diplomat or Ford Crown Victoria Interceptor? At the Big Rig Rally, you’ll be able to take a peek at several different squad cars.

Some great fire trucks of Minnesota have been the Freightliner or the Marque. Perhaps you are a fan of the American LaFrance? Well come on out June 7th to the Big Rig Rally and see what they’ve got in store for you.

They’ll have standard heavy duty big rig class 7 and class 8 plow trucks on display, plus some older models which are still to be determined.  You’ll just have to make your way out and see for yourself. Don’t worry if you don’t find what you were hoping to see they’ll have plenty of other eye candy for your Big Rig fancy.

If President Trump’s pseudo comments don’t have you fired up about the event, then just take it from me, you’ll get down ‘n’ dirty and have a blast.