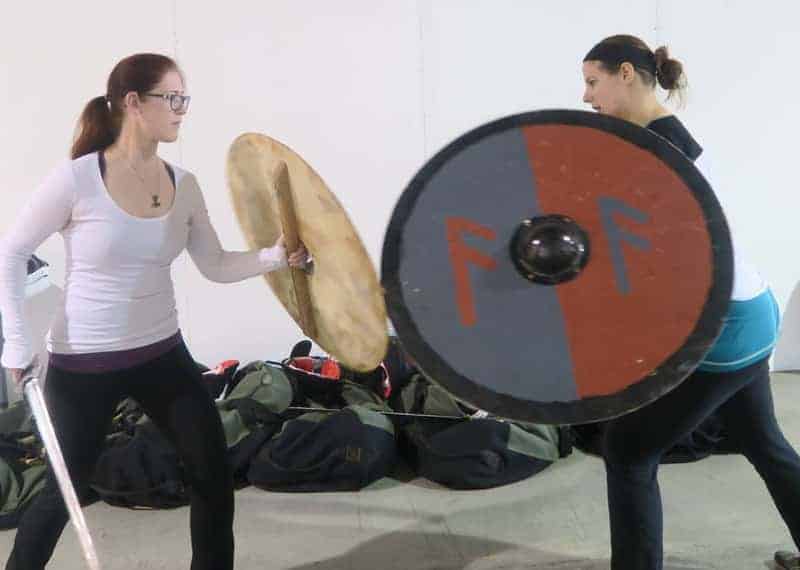 If you want to go back in time and learn martial arts like the Viking in the early ages, stop into Asfolk Viking Martial Arts.

Asfolk Viking Martial Arts in Eagan, Minnesota is dedicated to martial arts training for people aged 7 and up.  The primary focus here is to understand and practice the same fighting style as used by Vikings. They accomplish this by using reverse engineering to analyzing the Vikings’ weapons and sagas through archaeological evidence.  Asfolk Viking Martial Arts in Eagan is not about learning stage combat it’s about learning and practicing real Viking martial arts.

Jarl Arthur is the founder and head instructor at Asfolk Viking Martial Arts, thirty years ago he started studying Viking martial arts.  He studied the sagas of early age Vikings and became enthralled in their fighting style, and he wanted to use his knowledge to train younger students about the way of the Viking, in the last five years specifically.

He came back to Eagan, MN from Europe and started Asfolk in 2016.  Before he returned he was studying and training with Viking style martial artists from all over the world honing his craft to bring back to the people of Eagan and other Minnesotans.

They have both children and adult classes at Asfolk Viking Martial Arts.  Starting at 7 years old to 12, and teens and adults are combined in other classes.  Once in a class students are grouped in order of ability and level. They offer workshops and seminars which are short and basic.  They serve as an introduction to Viking martial arts and allow for someone to decide whether or not they’d like to pursue formal classes.

If you are interested in throwing things, then the Thrown Weapons class is right for you.  Here you will learn the art of throwing spears, axes, javelins, and seaxes. This is a fun class however, it is taken very seriously in Eagan at Asfolk Martial Arts.

Asfolk Viking Martial Arts also offers Open Gym once a week.  Members can come and practice their skills while playing Viking games. They have 30-minute clinics as well during this time, which are drill sessions lead by instructors.  Open Gym and instructor lead clinics are free for members.

If you are looking for a place to throw a birthday party or private event like a Team Building work exercise, Asfolk Viking Martial Arts is great for that.  Children’s Birthday Parties are $300 for the day and Special Group Events are $150. You can also book private lessons here at $100 for an hour or $50 for a 30-minute lesson.

So whether you are looking to learn the skills that it takes to become a Viking martial artist or you just want to have fun playing like a Viking for a day, Asfolk Viking Martial arts in Eagan, Minnesota is a great place for you.